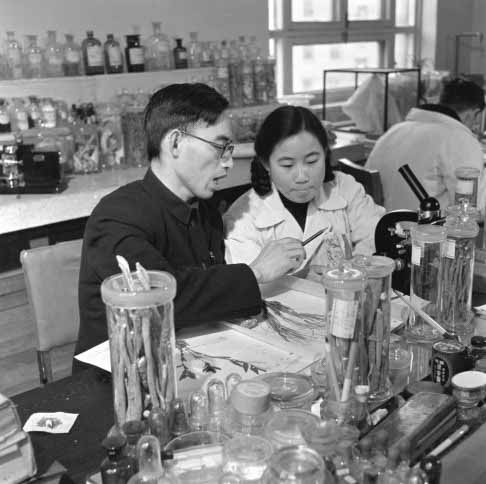 The Vietnam War was raging and the troops were suffering from malaria. By 1972, Dr. Tu’s team extracted Qinghaosu (artemisinin) from Qing Hao (Artemisia annua) and had successfully isolated a cure for malaria. Qinghaosu is safe for human consumption but is lethal to Plasmodia, the parasitic protozoans responsible for malaria.

Dr. Tu investigated the efficacy of Qing Hao for the treatment of malaria because it was already in use for that purpose amoung Traditional Chinese medicine (TCM) herbalist-acupuncturists. As early as 340 CE, Ge Hong included Qing Hao as a cure for malaria in the classic work the Handbook of Prescriptions for Emergencies. Dr. Tu was familiar with this seminal classic of TCM. She then applied modern extraction techniques to concentrate the efficacy of the herb Qing Hao.

Studies have shown that the use of Cialis together with nitrate-containing drugs can cause negative effects. If you take some pills before using Cialis, carefully read their instructions at http://www.dresselstyn.com/site/buy-cialis-ed-pills-online/ and make sure that they don’t contain nitrates. And in the best case, contact a specialist who knows all about the drug interaction.

Instead of using a traditional high temperature water concentration method, Dr. Tu used a low temperature ether extraction method to preserve the active ingredients. Dr. Tu made several other important findings. She identified that the leaves contained the most significant amount of the active ingredients. She also determined the optimal time to harvest the plant to sustain maximum yields. In the process, she also removed acidic portions of the concentrate that did not provide anti-malarial benefits. As a result, the final concentrate was safe, potent, and effective. Qinghaosu rapidly reduces fevers and eliminates blood bourne parasites in patients with malaria.

Back to Latest News

For any further information please call us on:

Fill out the details below to start an enquiry:

"I suffered from severe migraine type headaches and getting no relief from orthodox treatments, I tried acupuncture. After only two treatments I started to feel the benefits and now I keep well with 'top up' treatments when needed."

"I developed a chronic painful shoulder from a muscular sprain around the joint several months earlier. I had acupuncture from Grahame Gargini and after just four sessions the pain had gone completely. I recovered full mobility after a further 3 treatments. I have acupuncture from time to time to keep aches and pains away and to feel generally more in tune with my body despite my busy life."